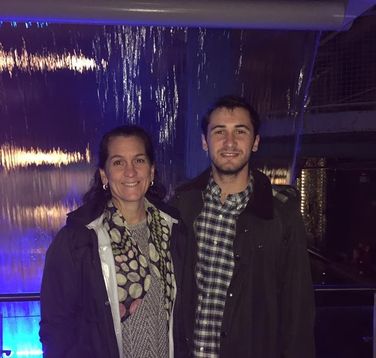 Madison grew up in the tiny town of Andover, New Hampshire, where he attended Proctor Academy. Following Proctor, he attended Colgate University in Hamilton, New York, where he majored in biochemistry and worked in the lab of Dr. Ernie Nolen on the synthesis of a Tn-Antigen mimic. After graduating magna cum laude from Colgate in 2017, Madison began research in Dr. Porco's lab the summer before beginning graduate school at Boston University. His research has been focused on the synthesis of epoxyquinol natural products. Outside of research, Madison is a huge fan of the Boston Celtics and New England Patriots, enjoys exploring Boston's diverse cuisine options, and spending time back home at Ragged Mountain in New Hampshire.